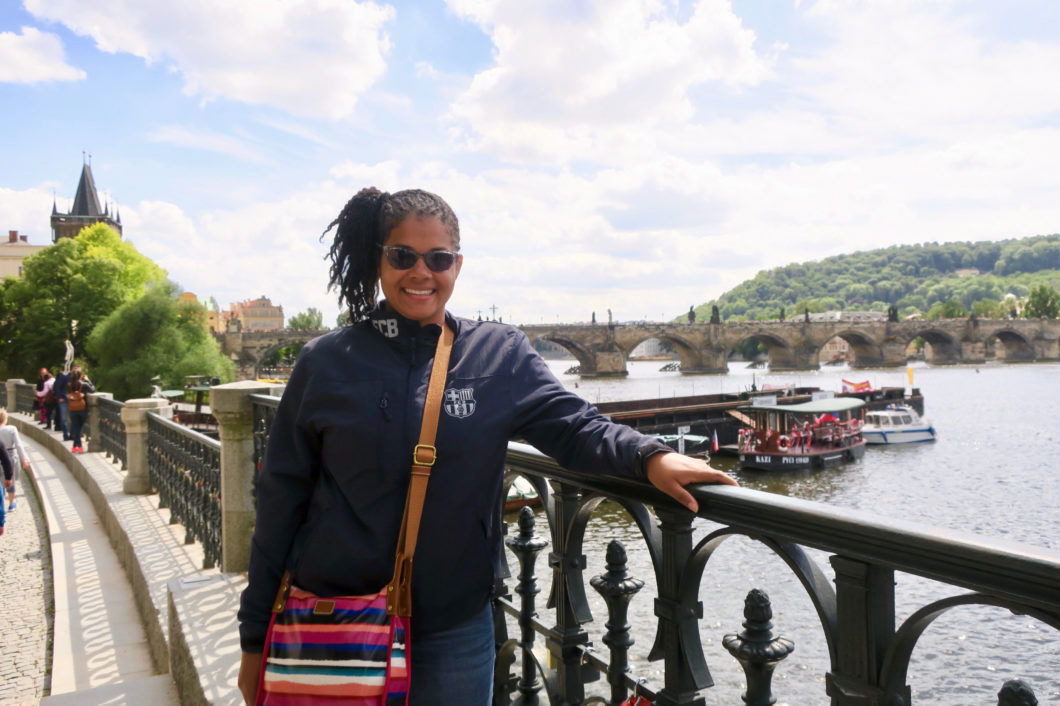 Picking up from where we left off several months not too long ago, the adventures of 2 Grenadians and Google Translate continue in Prague, Czech Republic!

The next stop on our Eurotrip adventure, Prague, was the BF’s second choice for our trip. Since we had decided we were only going to visit 4 countries, we each had to narrow our extensive wish lists down to 2 cities each. We flew directly to Prague from Barcelona on Czech Airlines and, not that surprisingly, we were the first Grenada passport holders that the airline agents had ever encountered.

Unlike in Barcelona, we opted to utilize AirBnB for the rest of our trip, and we couldn’t have asked for better situated accommodation in Prague. Everything — restaurants, sightseeing, shopping — was within walking distance, and our hosts were fantastic. They gave us a short history lesson and outlined, with great detail, the ‘must sees, eats, and beers to try’. While Prague offers a variety of cuisines, I decided to stick with traditional Czech fare. Bring on the hearty stews, heavy creams and dumplings!

It’s no secret that food in Prague is affordable, but we weren’t ready for just how affordable. Our first dinner at the historic Cafe Louvre, which consisted of two glasses of wine, an appetizer, our main courses, bread (for which you pay extra), and condiments (for which you also pay), came up to a grand total of €20. Could Prague end up being the food-venture of my dreams???

Since the purpose of our visit was really to see the sights and not for me to #eatallthefood, we spent the next day touring the cobblestoned streets of Prague. Our Airbnb hosts left us with a map of the city, so the BF decided that we should forego Google maps and rely on our paper map. “Your Dad would be proud,” he said.


We started our journey walking through Nové Město (New Town), Prague’s main commercial district, which led us through Wenceslas Square, and following our usual route of left turns turning into right turns, we made it here…


…which then led us into Staré Město (Old Town) and into Staroměstské náměstí,Prague’s main public square since the 10th century.


Old Town Square is also home to the famous Astronomical Clock, which at about 600 years old is the oldest working astronomical clock in the world, so of course we were eager to see it…

…yeh, we didn’t find the astronomical clock. *face palm* That didn’t deter the sightseeing though; we still had a castle to see!

Just off the Charles Bridge, in Prague’s Lesser Town, we found John Lennon’s Wall. Since the 1980’s, this wall has been a symbol of political activism for many Czech youth. There have been several attempts to cover the wall, but messages of peace, love and Beatles lyrics continue to appear. 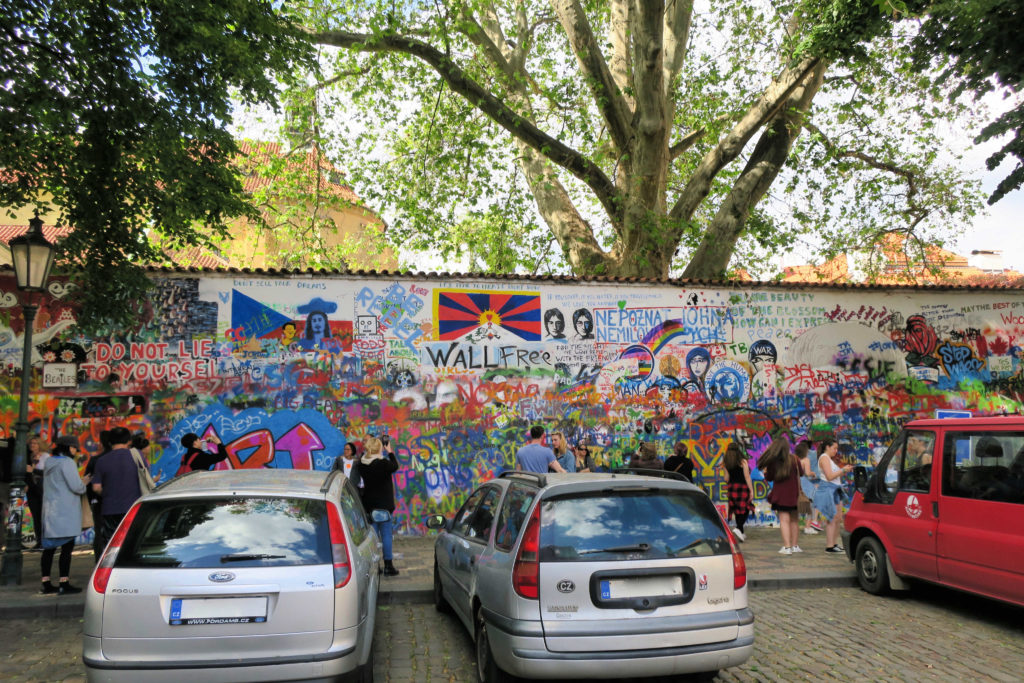 By this time I was exhausted and dinner was the only thing on my mind. Another hearty meal would surely soothe my aching knee and ankle, right?

So, about that beer cheese. We really had no idea what we were getting ourselves into. 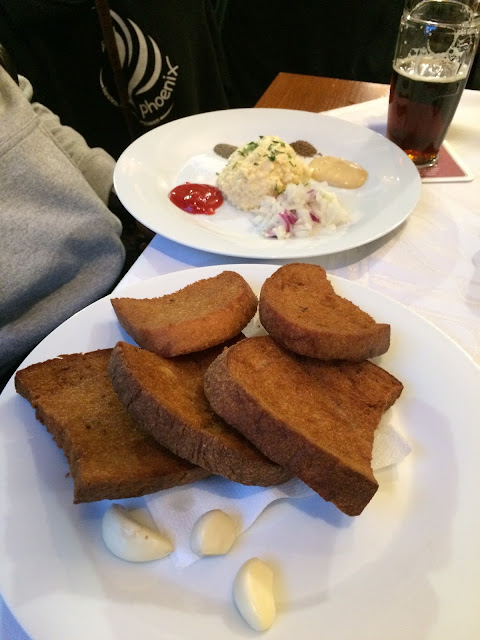 So, how does one eat beer cheese at a pub in Prague?

Step 1: mix the onions, ketchup, salt, pepper and whatever else they give you into the beer cheese to taste.
Step 2: rub garlic all over the fried bread.
Step 3: place a heaping pile of the stankiest cheese you’ve ever smelled onto the garlic covered fried bread, and then take a bite.
Step 4: complain that your fingers smell like stinky cheese but keep going back for more.

There wasn’t an ounce of space left in my stomach by the time I finished my goulash, so once again dessert wasn’t an option. Thinking about it now, we didn’t have any dessert after our meals in Prague. I guess I’ll have to return to tell you all about how they are.

Final thoughts on Prague: Definitely on my list of cities to visit again. When I do return, I want to go beyond the city centre and see more of the Czech Republic. If you’ve got an interest in fine beer, then Prague is certainly worth the trip. Beer gardens abound and you can even spend a relaxing day at a beer spa.

P.S: we eventually found the astronomical clock! It was on the other side of the clock tower, and it was purely coincidental that we ventured down that street the following day while looking for souvenirs.

Up next: Warsaw, Poland!