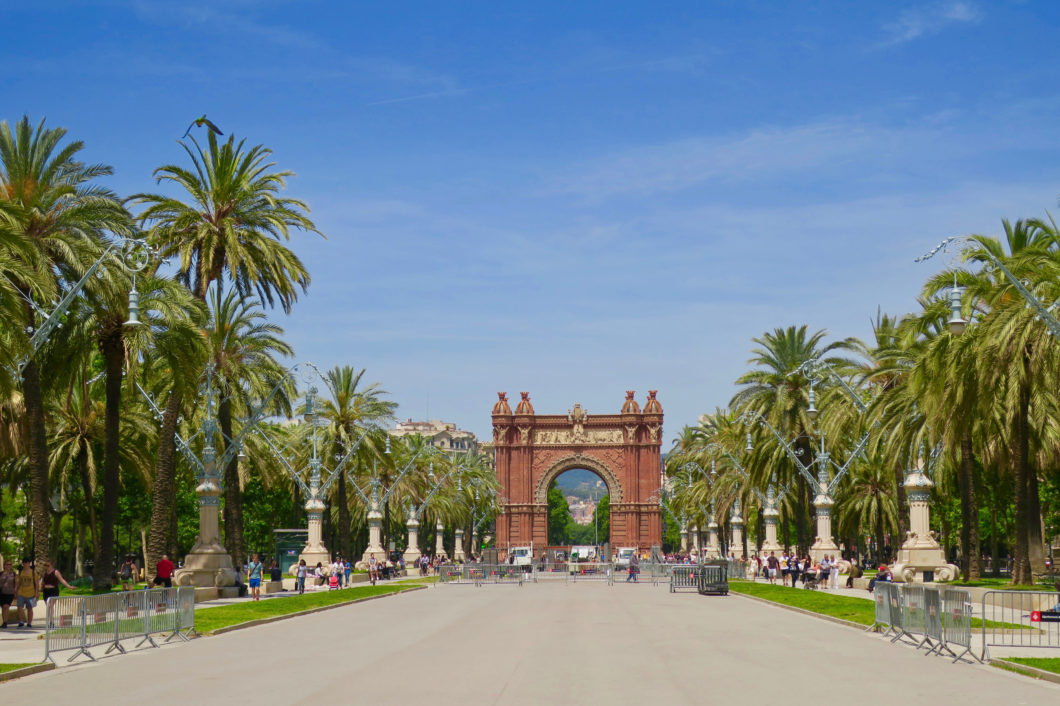 If you haven’t already read Adventures of An Island Girl: EuroTrip Edition, go read it and then come back here.

So what do you do when you’ve only got one day to explore the magnificent city of Barcelona? You buy an unlimited day pass for the train/bus and then spend most of the day walking… 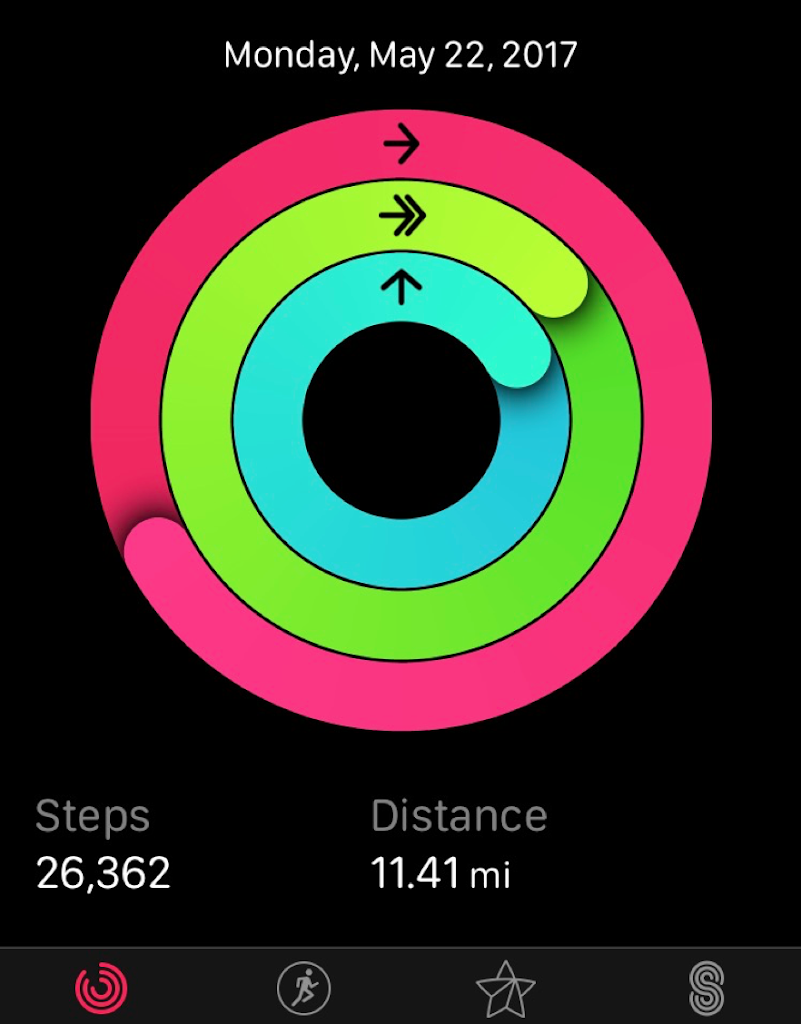 Fun Fact: Wherever you go in the world you’re bound to run into a West Indian, and that West Indian might even be your cousin. Ok, fine. We didn’t randomly bounce into my cousin Khari on the street outside our hotel, but hey, it could happen!

With Khari and all his camera gear in tow, we ventured to our first stop, La Sagrada Família, as recommended by Alfonso. Basílica de la Sagrada Família, a symbolic expression in stone of the Christian faith, is one of the most popular tourist attractions in Barcelona. Not surprising since everyone wants to see the temple that is still under construction 135 years after the first stone was laid in 1882. The Temple of the Sagrada Família is scheduled for completion by 2026, 100 years after the death of Antoni Gaudí, one of the most famous figures of Catalan culture and world architecture, who devoted more than 40 years of his life to designing the Sagrada Família.

By the time we got to the Sagrada Família there were already scores of people lined up for tours, so we crossed the street to try to get the best view. Even with the construction scaffolding the Sagrada is still an impressive sight. Having not done any prior research though, I was confused by the design and aesthetic of the Temple: why are there grapes on those steeples? (I now know that the “grapes” I saw, along with ears of corn, are eucharistic representations of bread and wine). I wasn’t familiar with Gaudí’s style at the time, so seeing the carvings/statues/impressions reminded me of the Nightmare Before Christmas.

Our next stop on our ‘See Barcelona’ tour was the Arc de Triomf. Unfortunately the map I had was the “Hop On Hop Off” bus map, so it was a little hard to follow. None of us had data, and all the available wifi networks were password protected. **Travel Tip: Even without data or wifi, your phone will still pull up your location on Google Maps. **  So we were able to see which direction we needed to go to find the Arc, but there was no way to tell the distance to decide if we should walk or hop a bus or train. A quick detour into McDonald’s fixed that — free wifi for the win! Since the Arc wasn’t too far away (about 20 minutes), we decided to walk.

As we walked through the Parc, a lone bubble floated past my head. It didn’t strike me too odd, since it was a gorgeous day and I imagined several little children running around blowing bubbles at each other. As we walked further into the park, we found the source of the bubbles: a man with a home-made bubble wand surrounded by children shrieking with glee as they chased the bubbles.

With no real plan at this point, I decided that we should head in the direction of Mercado de la Boquería, which would take us through the Gothic Quarter, which is basically Barcelona’s Old Town. The route was straightforward, and we started off well, but soon enough we got distracted by the beauty of the narrow streets and old architecture, and a mouth-watering window display of cinnamon rolls at Demasié cafe. Of course we stopped for an oreo roll, which the three of us devoured within a few steps after leaving the café.

We had arrived at Barcelona’s Port Vell, a gorgeous harbour-front featuring a marina, restaurants, museums, the Barcelona Aquarium, a shopping centre and a boardwalk.

By this time, after walking around the entire Port Vell, my ankle felt like it was going to detach itself from the rest of my leg.

We resumed our Barcelona on foot tour after lunch and finally made it to Las Ramblas, a boulevard lined with shops, restaurants, street performers and vendors. 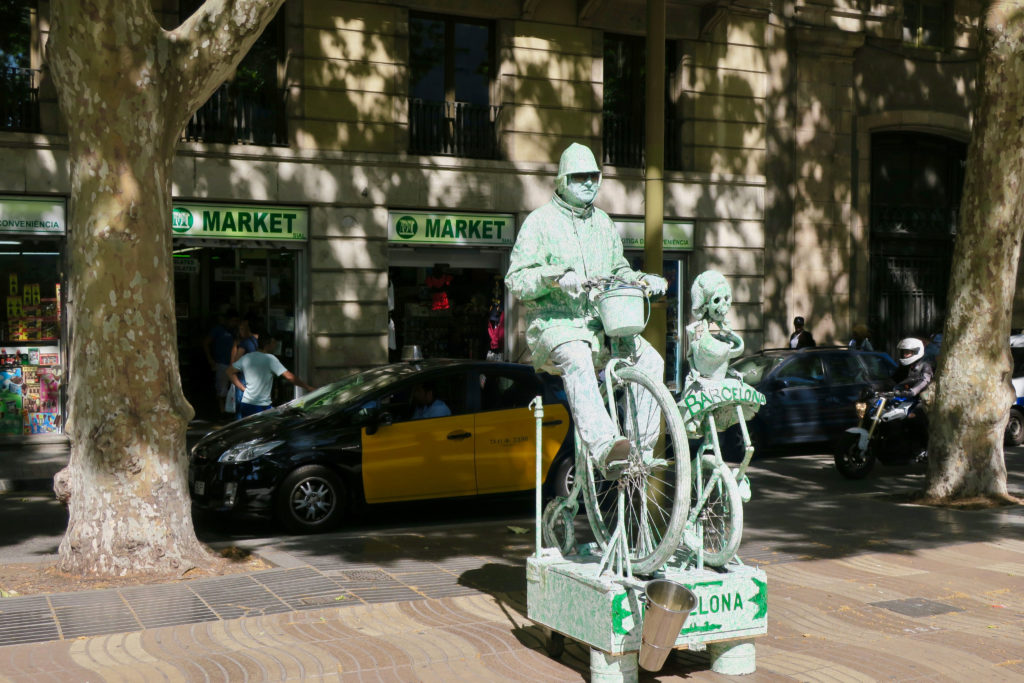 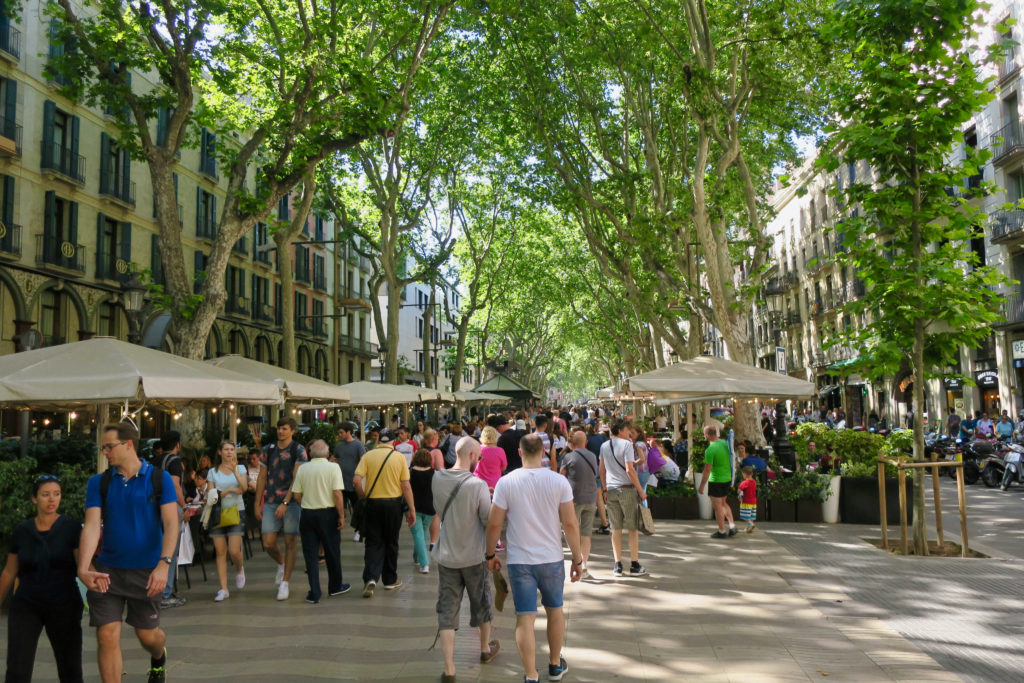 Everyone who provided me with recommendations (my airport transfer driver, my friend Gabby who lives in Barcelona, and Alfonso) all included Las Ramblas on their lists of must-sees, but the recommendations came with the same words of caution: do not eat there. As is to be expected from a heavily touristed area, the restaurants have a reputation of being overpriced and not that great. So best to avoid. Oh, and be on the lookout for pickpockets.

Remember when we left Parc de la Ciutadella, we were headed in the direction of Mercado de la Boquería? We finally made it!

La Boquería is an everything market: fish, fruits, cow tongues, honey, cakes, soap, anything you need. It was near closing time when we arrived, but I can imagine how lively it must have been earlier in the day.

With fatigue setting in for all of us, we hopped on a train and went back to the hotel to change shoes, refill water bottles and recharge for a bit.

The last of Alfonso’s recommendations was Turó de la Rovira, a lookout point offering an exceptionally spectacular 360 degree view of the city of Barcelona. Ibrahim, the BF’s friend from the exchange programme who also happened to be in Barcelona, joined us for the final leg of the adventure. So, with directions downloaded and saved, we were on our way. The journey involved taking a train to Vallcarca, and then walking for a few hundred meters to catch the V17 bus. We got off at our stop and walked up the street. No V17 bus stop. So we turned around and walked down the street. No V17 bus stop. Sunset was fast approaching and we still had a 20 minute bus ride ahead of us. In our best Spanish, Ibrahim and I stopped passersby to ask for directions. No one knew where the V17 bus stop was. The BF even stopped a bus driver, but that also proved futile. I was beginning to think that bus V17 didn’t exist! We eventually found someone who knew what we were talking about, and he pointed us in the right direction.

It was officially sunset by the time we got on the bus and started the upward climb to the lookout point. Once off the bus, the next challenge was actually finding Turó de la Rovira, aka the Bunkers del Carmel. There were no directional signs, so we figured that if we were going to see all of Barcelona, we needed to go up. We had been climbing some steps through some bush and eventually people’s backyards when a kind jogger gave us some directions. We were, in fact, going the right way walking past people’s back doors. Up and up and up we went, huffing and puffing (ok that was just me), and after about 10 minutes we heard voices. 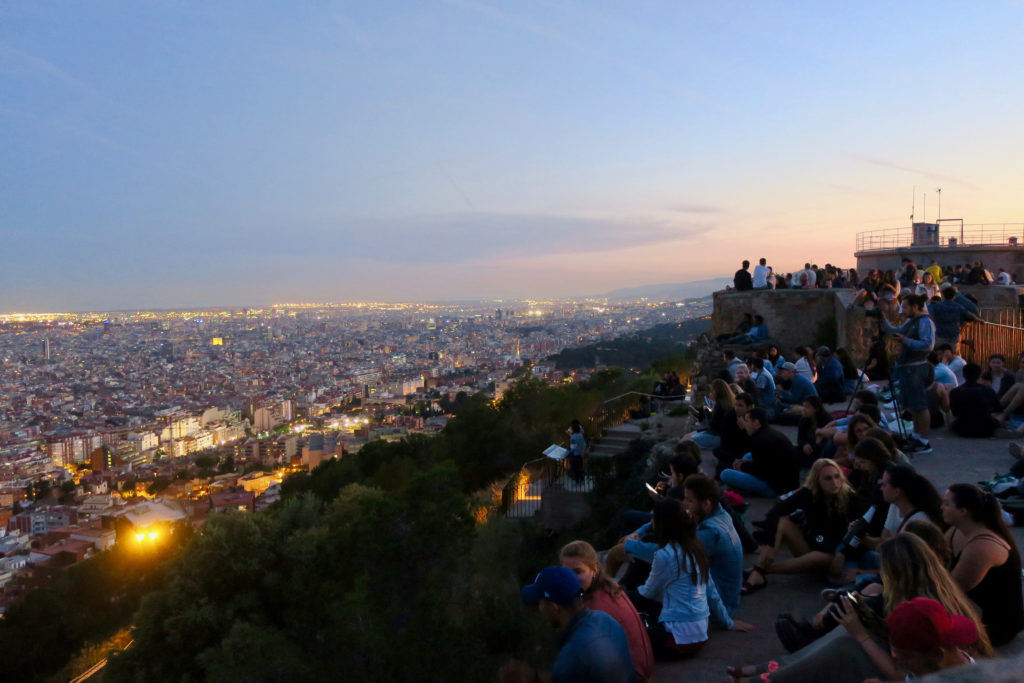 Alfonso was not exaggerating when he said you could see all of Barcelona from up there. It was breathtaking. We were able to pinpoint all the places we had walked that day from the Sagrada to Port Vell. The Bunkers seemed to be a popular spot for a younger crowd who wanted to sit and chat, drink and smoke while taking in the views.

Even though we missed the sunset, seeing the city lights twinkling beneath us was enough. And as I was rightly reminded, “it’s not about the destination, but the journey”, which became the mantra for the rest of our trip. Even though I prefer to know where I’m going and how to get there, sometimes you have to give in and allow yourself to make a few wrong turns and enjoy the adventure.