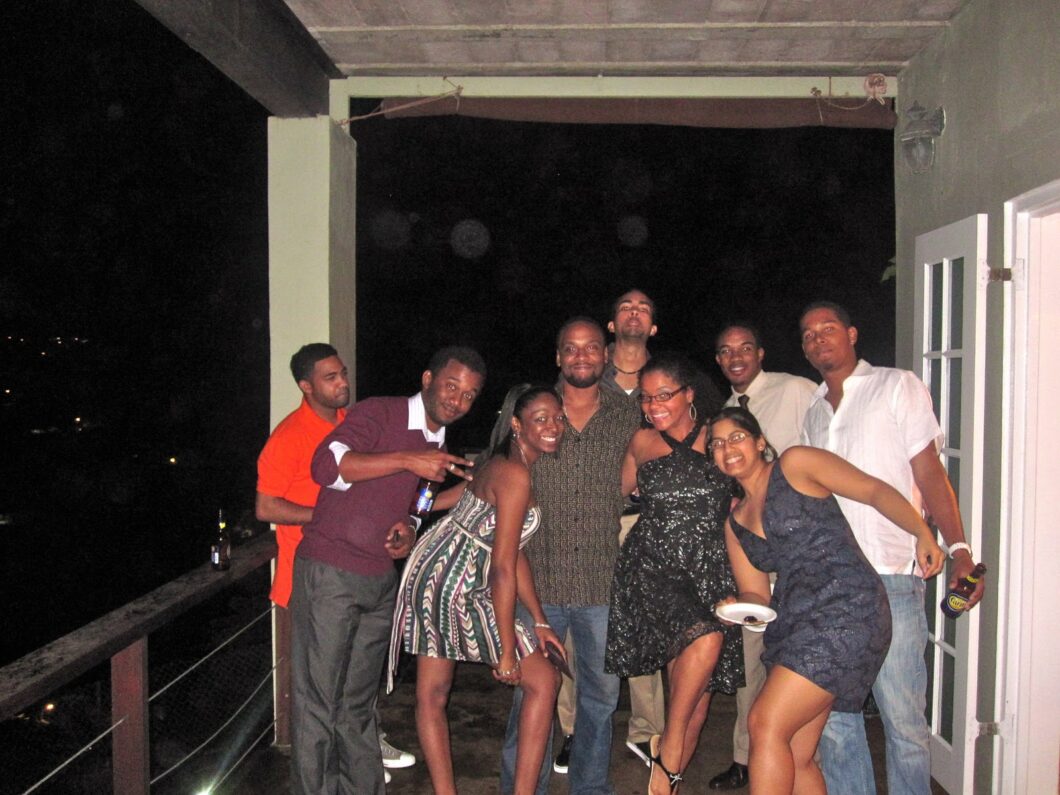 I survived my first winter, submitted the Capstone I thought was going to be the death of me, walked across the stage at the School of Communication of American University’s Commencement ceremony and then three months later graduated from American University. I had my heart broken, made tons of new friends and patched up old friendships. I landed a sweet internship and got to travel all over the place. I started writing this blog. I lost my best friend but gained an awesome angel.

In years past I would’ve gone to the Grenadian by Rex Resorts to ring in the new year with several hundred of my closest friends. Every year we would say that we aren’t going to go back to Rex, that we’ll do something else, but we still went to Rex. To ring in 2012 we finally did something else. We headed up the hill to Ashannah – Asha and Hannah’s house – to welcome 2012 eating, drinking and dancing with good friends.

Ashannah sits on top of the hill overlooking Grand Anse, and while the view is spectacular year-round it offered the best vantage point for seeing the fireworks from the hotels around the Grand Anse area, those in the Valley, the Lagoon and even those from Spice Basket further away from the coast.

We arrived at the house with just a few minutes to spare before midnight but the party was already swinging. Asha and Hannah’s parents had their friends over, so the young and the young at heart reveled in the fireworks and toasted to the new year. Then the dancing started. And the old talk. Even an impromptu parang performance. We still dressed up in our party dresses but with sandals – no heels! (My feet were very grateful). We posed for lots of pictures. It was indeed a good night.

Now that 2012 is here, I wonder where the next adventure will be… but I guess that’s the best part, not knowing where life will take me next. For 2012, no new year resolutions, just a promise to make each day count.

So from this Island Girl, I wish you all love and laughter for 2012. May you see each day as an adventure and embrace it!