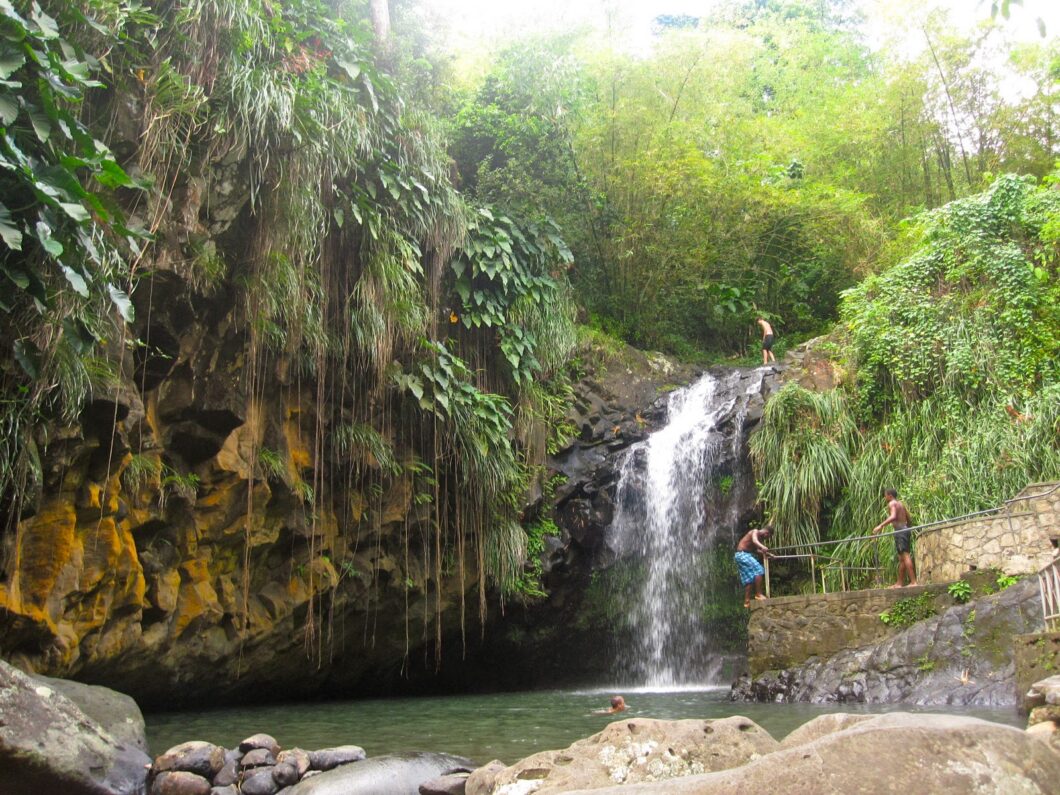 On New Year’s day I went to bed at 5 am, woke up at 9 am to join my parents for breakfast and then went right back to sleep. Shortly after midday I got a phone call from Hannah:

Since 1:30pm was still some time away, I rolled over and went back to sleep. About five minutes later my phone rang again:

Hannah: Change of plans. Sheba’s coming for you instead. Be ready in ten!

I managed to roll out of bed and get ready just as Sheba pulled up my driveway. The plans had changed slightly so instead of heading up the western side to the Concord Waterfall, the adventure took us into the rainforest to the Annandale Waterfall.

A trip to Annandale falls is not complete without seeing the men from the Annandale Jumpers Association plunge into the pool. (Check out my video from my last visit in August) This time three adventurous visitors attempted the jump. One of them, a teenager, took a while to work up the nerve to jump. Everyone around, us included, cheered him on and when he finally jumped, he surfaced to a round of applause. He can now cross his Annandale Waterfall jump off his bucket list. 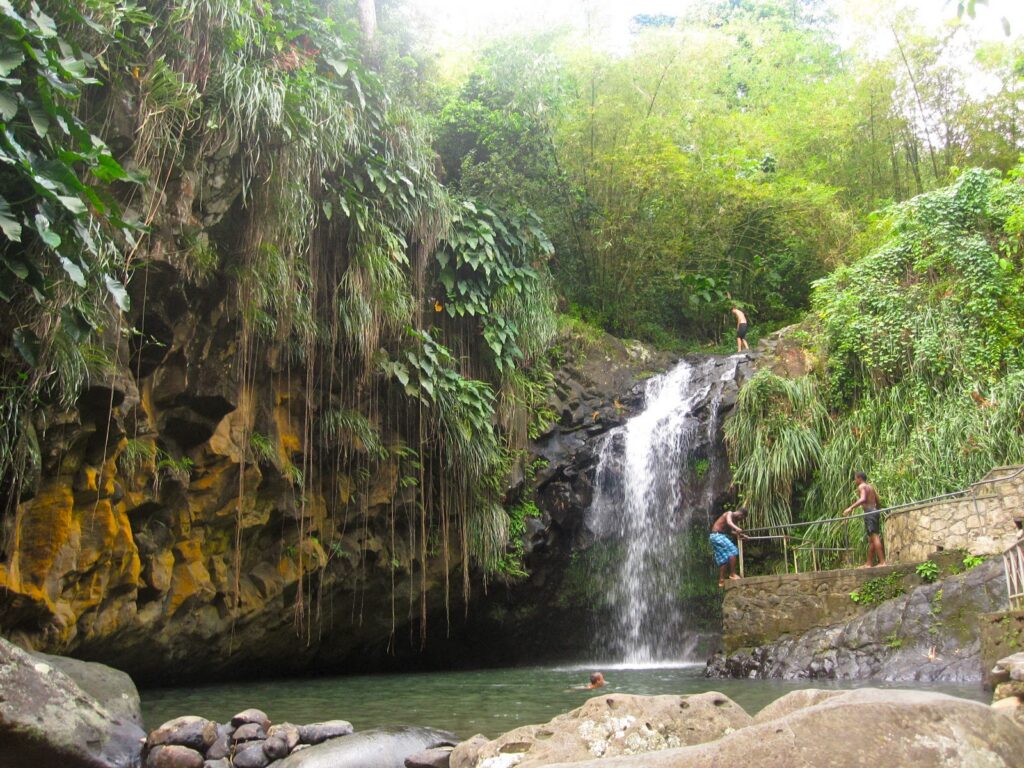 When the rest of the group arrived we decided to stick to the original plan and visit the Concord Waterfall, but not before posing with the cutest mona monkey. We all piled into one vehicle and in about fifteen minutes we arrived at our second destination: the Concord Waterfall. 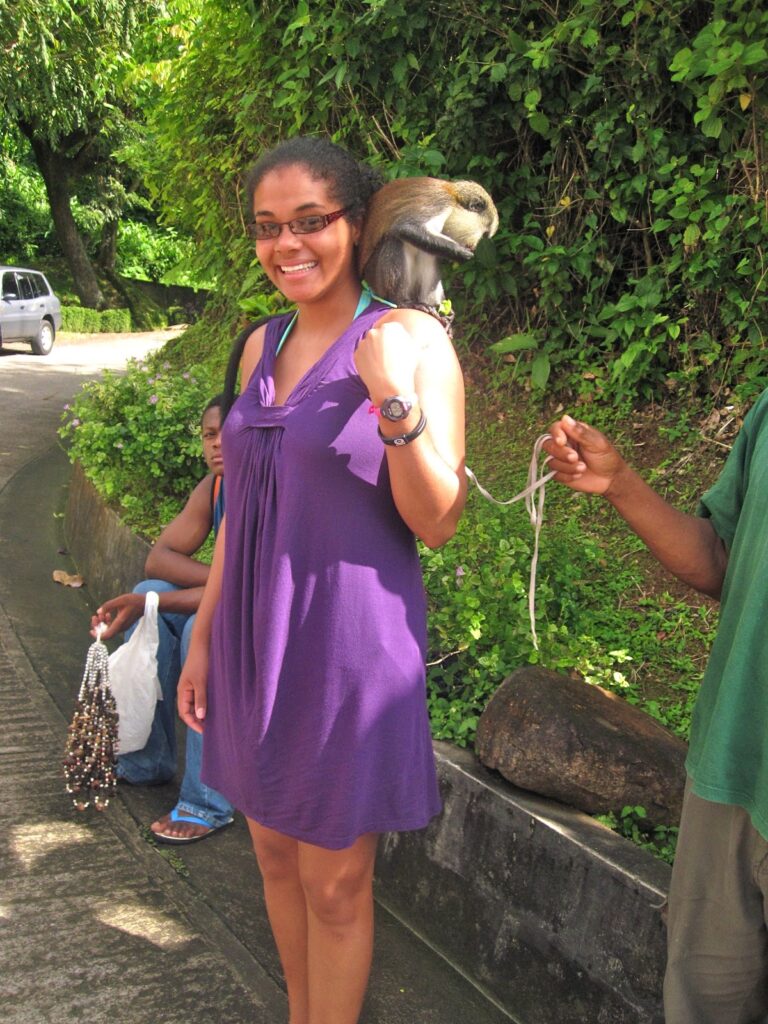 In all my years visiting this waterfall, this was actually my first time swimming in the waterfall’s pool. The water was COLD. At first I wasn’t going to swim; just sit daintily on a rock admiring the beauty of my surroundings. Fate had something else in store for me, though. I fell off the rock and in I went.

Here are some more photos from the falls!