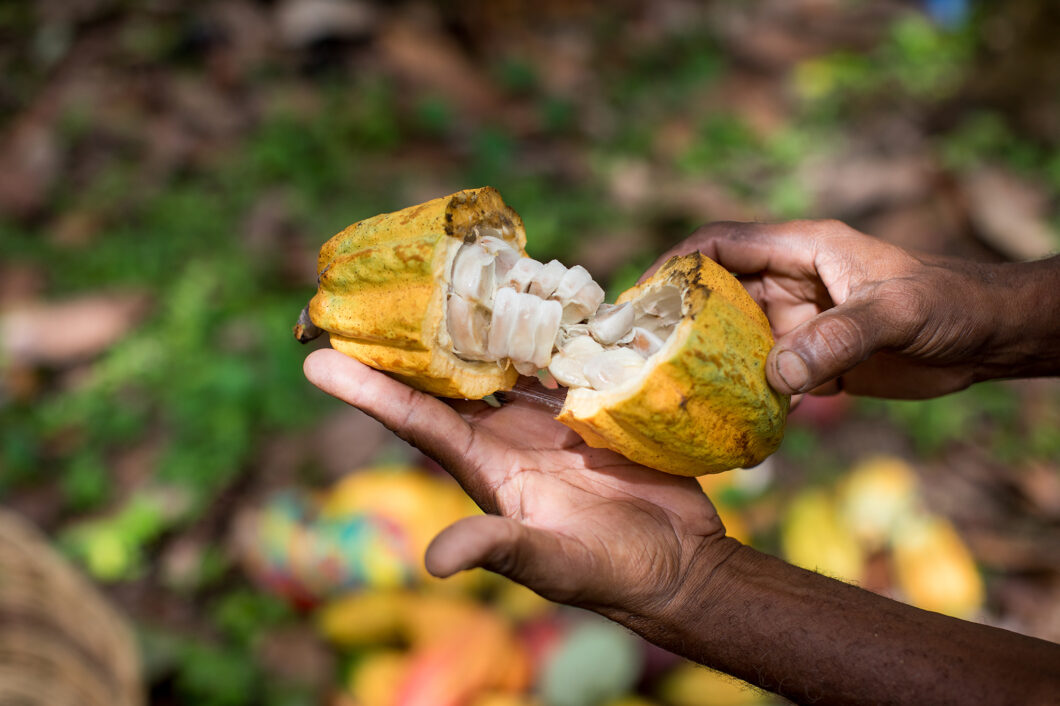 Right now, in my fridge, there are four large parcels of cocoa balls, five bars of locally made chocolate, and in the pantry, several packets of cocoa nibs and cocoa powder – all loot from the recently concluded 2019 Grenada Chocolate Festival, the chocolate adventure of a lifetime.

Founded in 2014, the Grenada Chocolate Festival is a celebration of Grenadian cocoa and the fine chocolate it produces. Held over 9 days, the annual festival brings chocolatiers, chefs, writers and chocolate enthusiasts together to immerse themselves in Grenada chocolate. With activities that include expeditions to cocoa farms, chocolate tasting, cocoa infused cuisine and spa treatments, and cocoa inspired art, craft and fashion, the Grenada Chocolate Festival is undeniably a delicious experience.

Grenada chocolate hasn’t always been a thing. In fact, even though Grenada has been growing and exporting cacao (cocoa as we call it) since its introduction in the early eighteenth century, the local production of chocolate bars is only about twenty years old.

As one of Grenada’s main exports, cocoa trees grew in abundance around the island, but very little of the cocoa harvested remained in Grenada for local agro-processing. Then, in 1999, the Grenada Chocolate Company was born.

The late Mott Green, an American expatriate who moved to Grenada in the 1990s, founded the Grenada Chocolate Company, and in so doing the Organic Cocoa Farmers’ and Chocolate-Makers’ Cooperative. At a time when cocoa farmers were at the mercy of low fixed international prices for their unprocessed cocoa beans, the creation of the farmers’ and chocolate makers’ cooperative was a bold step towards increasing the value of the harvested product.


I met Mott Green once, in 2003, while a fourth form student on a field trip to the Grenada Chocolate Factory. After an hour and a half long journey, we arrived at what appeared to be someone’s house in Hermitage, St. Patrick. The unmistakable aroma of cocoa that filled the air, however, was a strong indication that something chocolaty was happening inside. That, and the brightly painted cocoa pods on the front of the building.

Mott, who seemed more excited than we were, was waiting for us when we arrived. After a quick introduction, he led us on our tour of Grenada’s first chocolate factory. Although 16 years have passed since that encounter, experiencing Mott’s passion for and dedication to the chocolate, cocoa, people, village and country that he had come to call home has stayed with me.

As Mott guided us through the chocolate making process, from fermentation of the cocoa harvested just steps away from the factory, to the drying and roasting of the cocoa beans, to the packaging of the finished bar, I understood his excitement. The little solar-powered chocolate factory fascinated me. Green had built or refurbished most of the machinery himself, and had set up a system where the cocoa farmers and chocolate makers benefitted equally. As I stood with my classmates and looked at the finished bars, the significance of what those bars represented hit me. This wasn’t Grenadian cocoa that had been shipped abroad, processed and then returned to us in fancy packaging. This was our own Grenadian chocolate, made in Grenada from our fine Grenadian cocoa: organic, sustainable and fair trade, and it was better than what we had been importing. The cocoa revolution was just beginning.

A little more than a year after that field trip, disaster struck on September 7, 2004. Hurricane Ivan, a category 4 storm, ravaged the island blowing away roofs, destroying buildings, and decimating the agricultural sector. Almost 85% of the nutmeg crop had been affected, with 60% completely destroyed. The cocoa trees almost 60% destroyed. Ten months later, in July 2005, Hurricane Emily dealt another devastating blow, throwing salt on a sector still licking its wounds.

Fifteen years later, memories of Ivan and Emily linger. Formerly productive estates are overrun with vines and structures still stand without roofs. Nutmeg and cocoa production numbers are yet to return to pre-Ivan figures. But, as the saying goes, one, one cocoa full basket and the cocoa revolution continues. A look at the cocoa production versus export figures shows this. Within the last five years especially, a higher percentage of harvested cocoa remains here for agro-processing. Locally-made cocoa products and chocolate, once almost impossible to find in retail spaces, are now readily available. Restaurants are incorporating Grenadian cocoa and chocolate into their desserts, and a local ice-cream company proudly sells Grenada Chocolate ice-cream.

Still operating from the little solar-powered factory, Grenada Chocolate Company’s product line includes varying percentages of dark chocolate, from 60% to 100%. Crayfish Bay uses charcoal roasted beans to produce its chocolate, and Tri-Island Chocolate, the newest company, infuses bee pollen into one of its bars. Embracing the flavours of the island, nutmeg and ginger are some of Jouvay Chocolate’s best. Belmont Estate, a pioneer in the agri-tourism business, ages their chocolate for 90 days before moving forward with the production process.

Amidst the ever-growing concern of the effects of climate change on small island developing states like ours, the future of Grenada chocolate still looks bright. But we have to protect it. Encourage our cocoa farmers, encourage our chocolate makers, and eat more Grenadian chocolate.