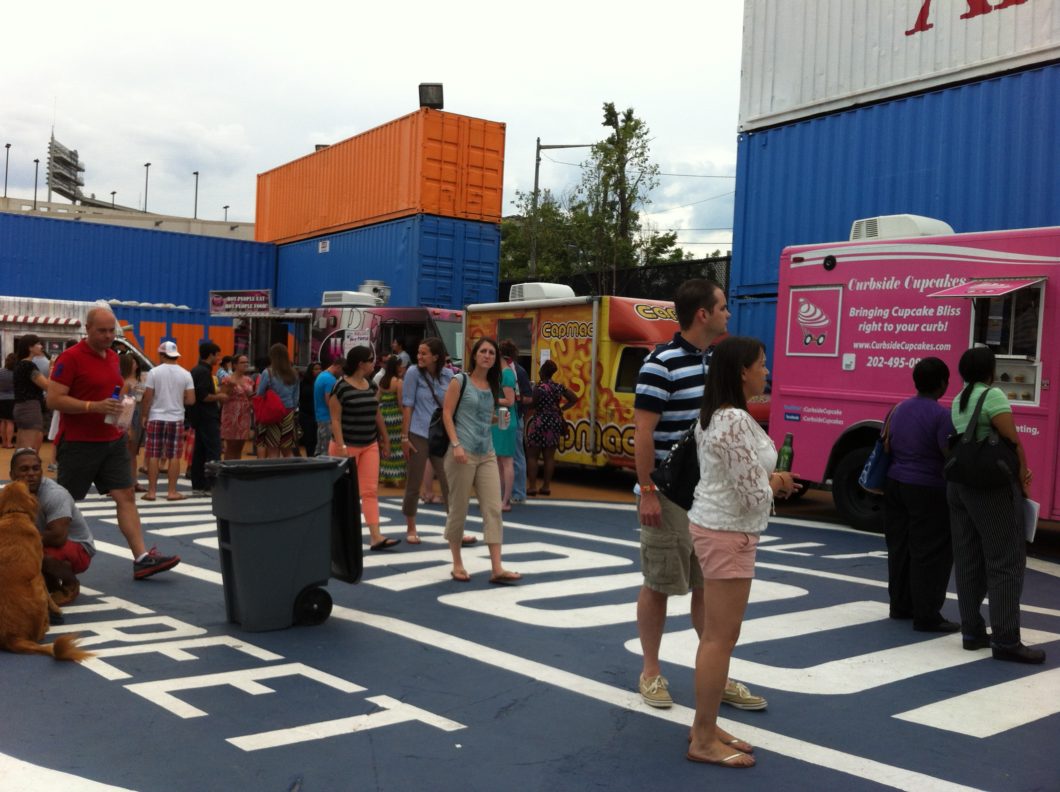 Random girl: Is this the line for the Taco Truck?
Me: Yep, and it goes aaaalllll the way back there…

I’ve learned that when it comes to food in DC there are a few things that you can’t escape – farmers’ markets, brunch, restaurant week and food trucks. If I used to cook/bake/not microwave every meal, I would be all over the weekly farmers’ markets. I’ve come to love going to brunch on the weekends and how could you not enjoy $35 three-course meals during Restaurant Week? And then there are the food trucks. I was no stranger to eating from a food truck, but prior to moving to DC my food truck culinary experiences were limited to fried chicken and chips down on “Wallstreet” at home in Grenada. Though to tell the truth, I have found that there are few things as satisfying as getting some hot chicken and chips at 4 in the morning after a night of partying out.

The DC food truck scene is huge and within reason too. There’s a food truck to meet almost every craving, whether it’s for lobster rolls, cheesecake, empanadas, po-boys or korean tacos, and I’m pretty sure a new truck gets launched every month. (At least that’s what it seems like to me) There’s also no shortage of customers either, as hungry DC workers track the locations of nearby food trucks on Twitter or on the real-time map provided by FoodTruckFiesta and head out in search of lunch. Unfortunately the food trucks don’t frequent the streets near my office, and it’s too far for me to make it over to Farragut Square for Farragut Fridays, but what I always look forward to is Truckeroo.

One Friday a month from May to September, the DC Food Truck Association puts on an all day food truck festival called Truckeroo at the Fairgrounds. It’s like an all day happy hour from 11 am to 11pm with food, drinks and music. 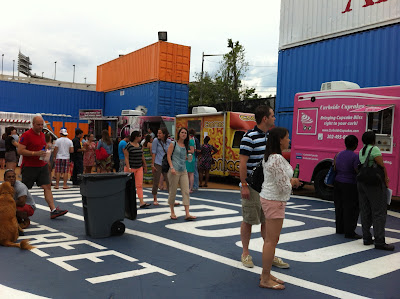 We got to the Fairgrounds last Friday (the 13th) just before 6pm and there was a crowd, but the lines at the trucks moved quickly. I stopped at DC Empanadas for an appetizer, DC Slices for the main course and for dessert, a frozen big dipper from the Cheesecake truck. I never thought I would be eating cheesecake on a stick, but after the deep fried oreos – how could I not? 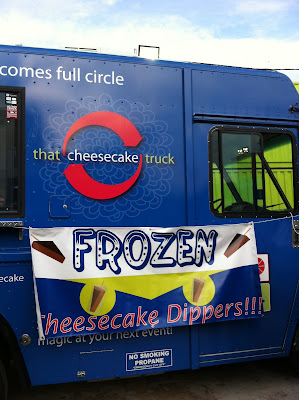 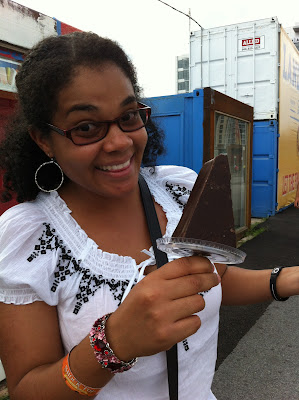 After eating, we left the Fairgrounds and went across to Yards Park for the usual Friday evening concert. When we got there the R&B/Jazz band Framewerk was in full swing and there were people dancing –  including the creepy old guy with no shirt and too short shorts. 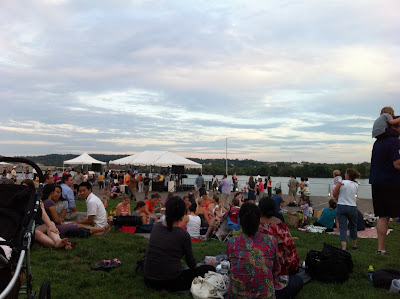 We left the concert and I headed back to Truckeroo to meet my brother and sister-in-law who decided to get some food truck action in as part of her birthday celebrations. That crowd was intense.

When I finally found Danielle, she had been already standing in line for 20 minutes waiting to get to the Cajunator to order some po-boys. I stood in line with her for a while and then I ventured out into the crowd in search of my brother. I found Andre in the Takorean line where he had been standing for about 40 minutes and was still nowhere close to the truck. In the hour and 35 minutes that it took for him to get to the truck, I had walked around, bought a t-shirt, saw friends, got drinks, used the port-a-potty (insert exaggerated Eww here). I told him that those Korean Tacos better have been worth the wait.

According to him they were. And that’s probably a good enough reason to explain the “standing in line for an hour for food” phenomenon, but I’m sure there’s a more social reason. Not that I think people enjoy standing in lines just for the sake of it, but when you’re standing in a line for that long you have no choice but to engage in conversation with the people in line with you, as you all hope that the food doesn’t run out before you get to the truck. And then of course it’s always fun to see the look on people’s faces when you tell them that the line goes aallll the way back there. 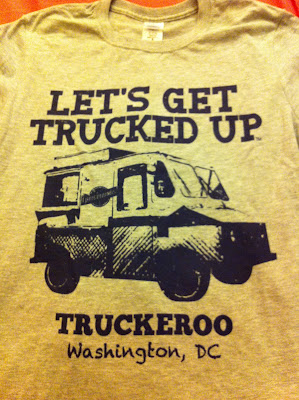