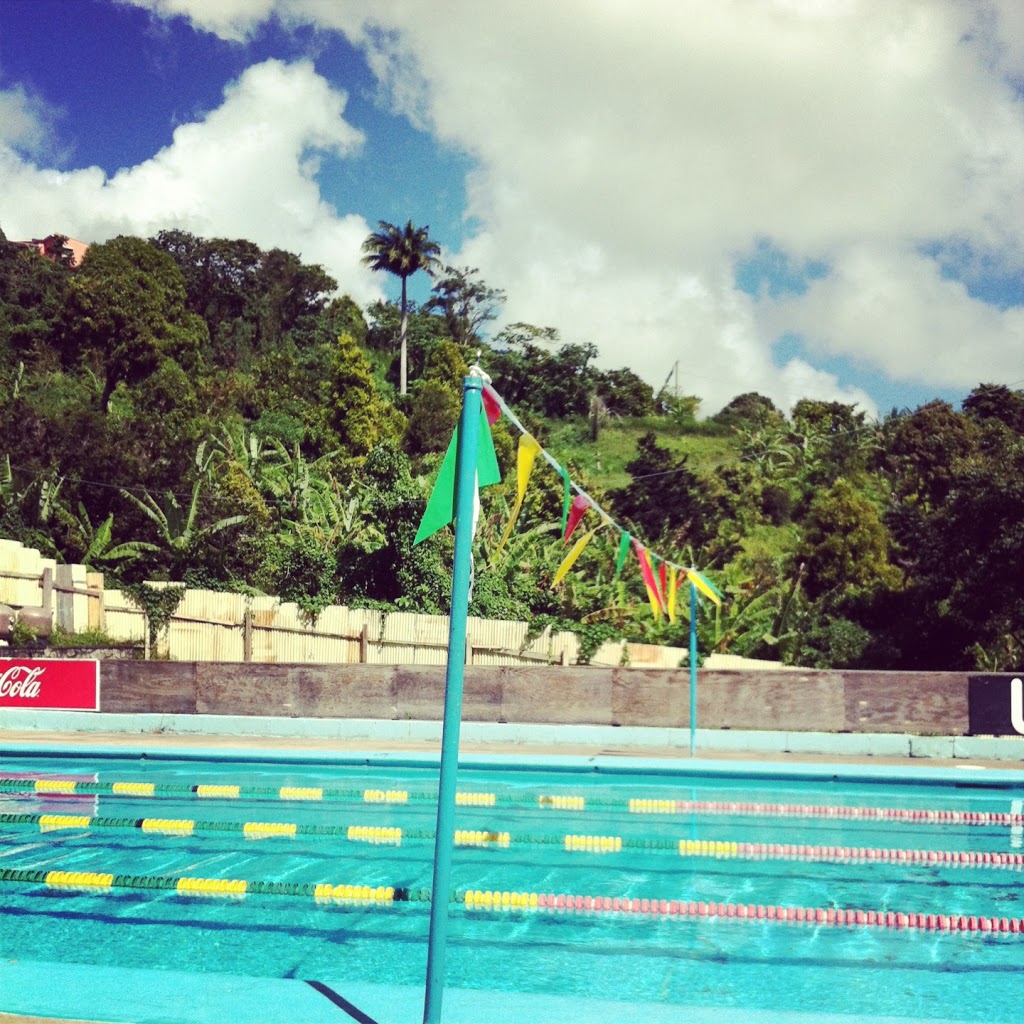 A few days ago I read an article published in The Grenada Informer newspaper entitled “Grenada Swimmers Deserve Better”. It resonated with me because 8 years ago I wrote an article (that was never published) called Just Add Water putting the spotlight on the desperate need for the new swimming facility that had been promised year after year.

In 2012, when my good friend Esau was preparing to represent Grenada in swimming at the London Olympics, I published Just Add Water… part 2 on this blog. In that post, I discussed how despite the sub-standard conditions that our swimmers are forced to tolerate, they are excelling and making all of us incredibly proud.


Now, 8 years later, I am compelled to use my blog to bring attention to the plight of our Grenadian swimmers, and for the first time Just Add Water: The Sport of Swimming in Grenada is being published.

Eight years later nothing has changed. The promises are still being made, but the pool is still too small, the toilet facilities are still inadequate, and the surrounding structures are still a hazard. But the determination of our swimmers has not changed, and they deserve better.

Just Add Water:
The Sport of Swimming in Grenada
By: Alyssa Bierzynski
One of my earliest memories of swimming involves my four year old self jumping into a pool after my elephant shaped floats. It was probably then that my parents decided that it was time to send me to swimming lessons. I joined the GRENFIN Swim club and started classes on Grand Anse beach. After I was deemed adequately prepared, I graduated from the beach and started at the Good Hope pool. At seven years old, “Good Hope” was incredibly daunting, especially since I had never had to swim in a pool that big before. It has been almost fifteen years since I made that first timid step into “Good Hope”. The pool is still there, and very much like I remembered it – except for its size.
The sport of swimming in Grenada has an interesting history. Many people knew how to swim, but it was not until the early 1990s that the sport progressed to a competitive level. During this period, training sessions were held on Grand Anse and Morne Rouge beaches. As the sport became more popular the swimmers were granted access to some of the hotel pools in the Grand Anse area. The OECS Swimming Championship was even staged at the Flamboyant Hotel.
Through the hard work and dedication of the parents, swimmers and with assistance from the Ministry of Sports and the private sector, the Grenada Amateur Swimming Association (GASA) was able to acquire and renovate an old private pool at Good Hope in St. George’s. This three lane, 24.5 yard pool was converted into a four lane facility, and is still the only one in use today.
Every year since the facility at Good Hope became operational, Grenada has consistently produced quality swimmers who have represented the country at regional and international events. The facility was the venue for the OECS Swimming Championship until 2000, when the construction of St. Lucia’s 25 metre pool made “Good Hope” no longer eligible, since it did not meet the FINA standard.
Following the passage of Hurricane Ivan in 2004, the conditions at “Good Hope” have steadily deteriorated.  There are inadequate bathroom and changing facilities, and GASA has to deal with constant break-ins and vandalism. While GASA receives some financial assistance, which aids in curbing the cost of maintenance, the pool is just too small for the swimmers who now make use of it.
Despite the sub-standard conditions, swimmers from varying backgrounds have come together and made the best of it. For the past ten years Grenadian swimmers have represented our country proudly at the Sydney and Athens Olympic Games in 2000 and 2004, Short Course and Long Course World Championship Games in Manchester and Australia, in the Bahamas, Puerto Rico, El Salvador, the Dominican Republic, Jamaica, St. Lucia, Barbados, Trinidad, Aruba and most recently in India.
For these swimmers, the sport is more than just a hobby; it is a way of life according to Esau Simpson, the 2008 OECS boys 15 and over champion who, when in training, “eats, sleeps and breathes chlorine”. Sisters Sophia and Ayesha Noel, who have both been age category winners, can recall swimming since before they were able to walk properly, and Daryl Harford one of the older competitors, urges the younger swimmers to not lose sight of “the heart of the sport – the spirit of sportsmanship”.
All of the swimmers that I spoke with agreed that swimming is more than just exercise. Not only have they been able to experience different cultures and make several friends, but they have learned the importance of time management, discipline, responsibility and determination. These swimmers are some of the most motivated youth I have ever met. And of course, you cannot deny that they are one big family. “Brothers and sisters by chlorine”, they all support each other while they train hard and have fun.
Our swimmers definitely deserve the new aquatic centre that has been promised to them for years. The number of swimmers is steadily growing, water polo and synchronized swimming have recently been introduced, and so there is a desperate need for a larger FINA approved facility, as well as more qualified full time coaches.
The Grenada Swim team has the proclivity of champions. In 2008, they retained the OECS Swimming Championship for the third consecutive year earning an astounding 250 medals – 105 being gold – setting 25 records and winning 9 of the 12 age group categories. They are definitely a force to be reckoned with. To the coaches, parents, supporters and of course the swimmers, congratulations on a terrific year!
(Visited 156 times, 1 visits today)
GASA Grenada GRENFIN OECS Sports Swimming