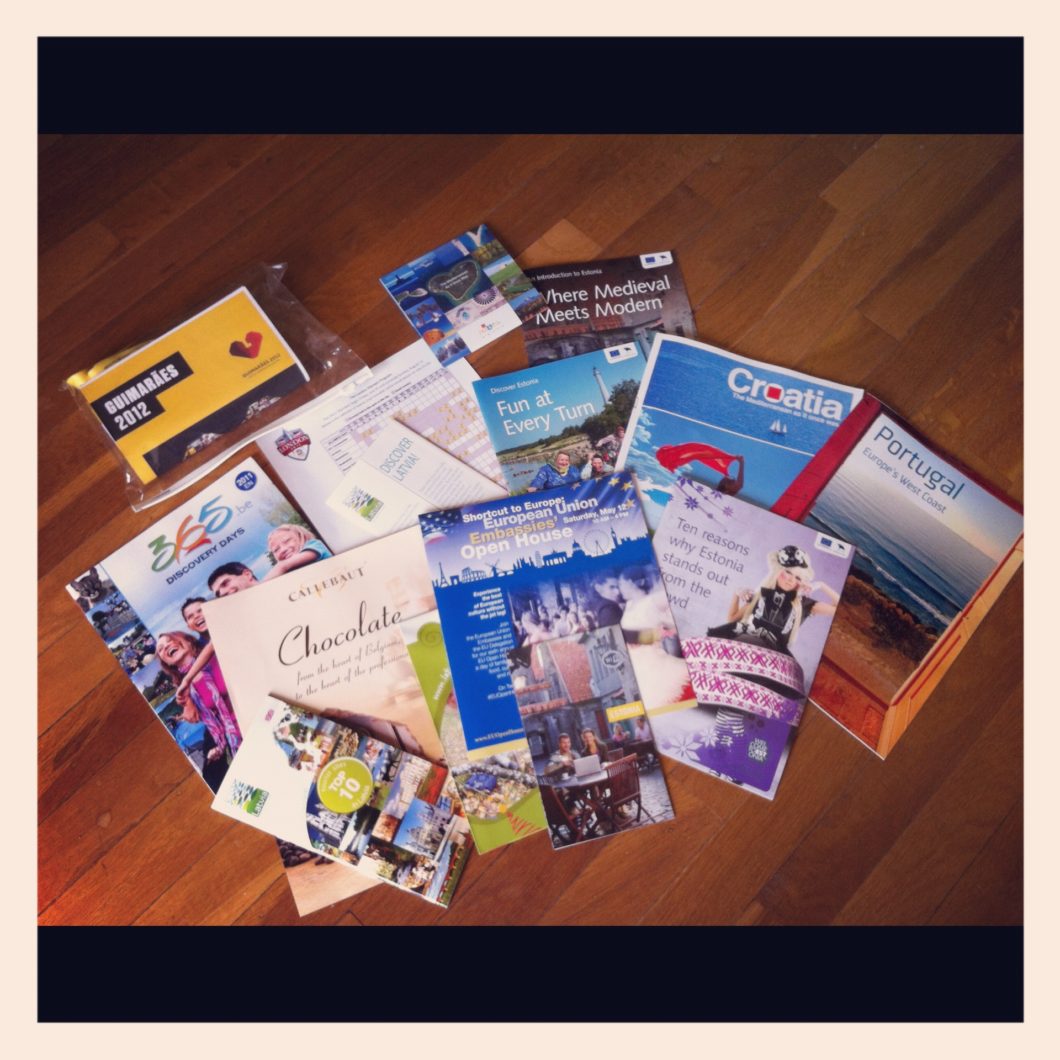 Yesterday, May 12th, the European Union Embassies and the EU Delegation presented Shortcut to Europe: European Union Embassies’ Open House. The EU Open House was part of the activities surrounding Passport DC – a month long celebration of international cultural awareness in Washington, DC. Thousands of DC residents and visitors flocked to the various embassies to, according to our trusty map, “experience the best of European culture without the jet lag!”

Our adventure through Europe started at the Embassy of Portugal where, after standing in line for 40 minutes, we got a tour of the embassy, looked at a short video and sampled Portuguese pastry, soda and wine. From Portugal, the plan was to walk up Massachusetts Avenue to the Embassy of Belgium – rumour had it the Belgians were offering beer, waffles and chocolate – and stop at the embassies in-between.

On the way to Belgium we decided against going to Greece – the line was almost 3 blocks long! – and visited Estonia, Bulgaria and Latvia instead. We continued on our way and stopped at the Embassy of Croatia. With just about half the way to go before getting to Belgium, we came to the Islamic Center of Washington, DC where the Muslim Women’s Association was hosting their annual bazaar. We stopped for a moment to see the crafts and other goods on sale and bought some food. Falafel sandwich = yum.

With our energy restored, the journey continued. To Belgium!

When we finally made it to Belgium, the line outside the embassy was a little daunting but it moved quickly. Once inside we sampled sweet wafers, chocolate and beer all while touring the embassy. When we exited the embassy, we joined the line for the Belgian sugar waffles. Hot, fresh and incredibly delicious. Since we passed the Embassy of the United Kingdom on the way to Belgium, we decided to visit on our way back. At the embassy we toured the secret garden and sampled some Famous Grouse whiskey.

By the time we finished touring the United Kingdom, we were exhausted and since it was almost time for the Open Houses to end, we hopped on the shuttle bus and went back downtown for a late lunch at Pizza Paradiso. So we started with Portugal and ended with pizza. A day well spent indeed!