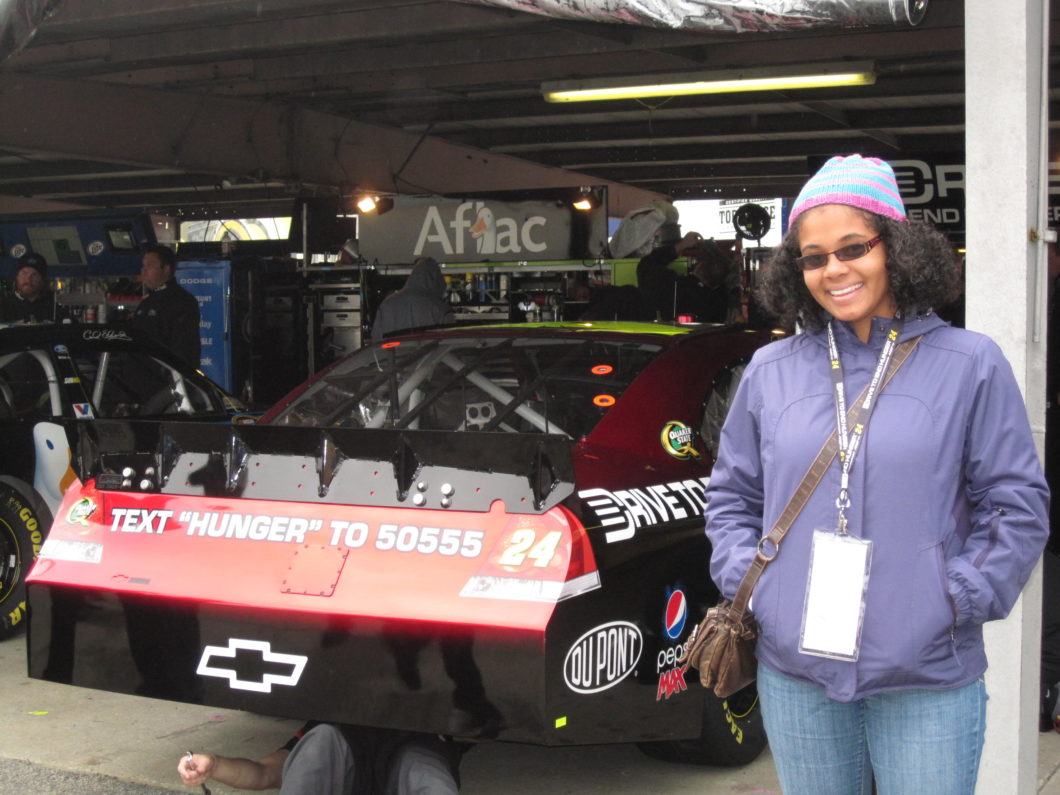 On a very early, cold and windy Sunday morning I headed up to Dover, Delaware with my co-workers. The trip was uneventful, except for the few wrong turns that had the little blue dot on my GPS going the opposite direction of our destination. We soon got back on track, and after passing several acres of farmland in between strip malls, we arrived at the Dover International Speedway for my first NASCAR event.

I always wondered what was the appeal of NASCAR – was it sitting on a hard stand braving the elements while 43 cars go around in a circle some 400 times or the deafening roar of the engines? I see the monotony of it watching the race at home on TV, but for those who go out to the races it really is a big lime. Friends and family, food, drinks – all that was missing was the DJ and it could’ve been the party stand at a one day cricket match. (Well maybe not, but the idea of the lime is the same)

We got to the speedway at 9:30 am (the race started at 2pm) and there were already hundreds of people there buying driver merchandise and lining up for food. There were tents set up with grills and coolers; clearly the cold, dreary day wasn’t going to ruin the lime. It took some navigating through the throngs of people in the Fan Zone to find the AARP Drive to End Hunger tent to start our special NASCAR tour. We walked along pit row and into the race garage where cars were preparing for inspection. There was so much going on that I found it hard to pay attention to the tour guide who was sharing some deep NASCAR knowledge with us. I do remember that the average pit stop is 12 – 13 seconds and that the difference between racing fuel and regular fuel is the level of octane – but I knew that already thanks to working with drag racing events at home.

After the tour and a stop for birthday cupcakes we made our way to the seats for the driver introductions and start of the race. The national anthem played accompanied by fireworks and a flyover and men with parachutes; and maybe I was feeling the energy from the thousands of fans around me (though it could have been over exposure to racing fuel), but there was no denying that I felt a surge of excitement when I heard the announcer say “drivers… start your engines!”
(Visited 42 times, 1 visits today)
Adventure Delaware Dover NASCAR travel