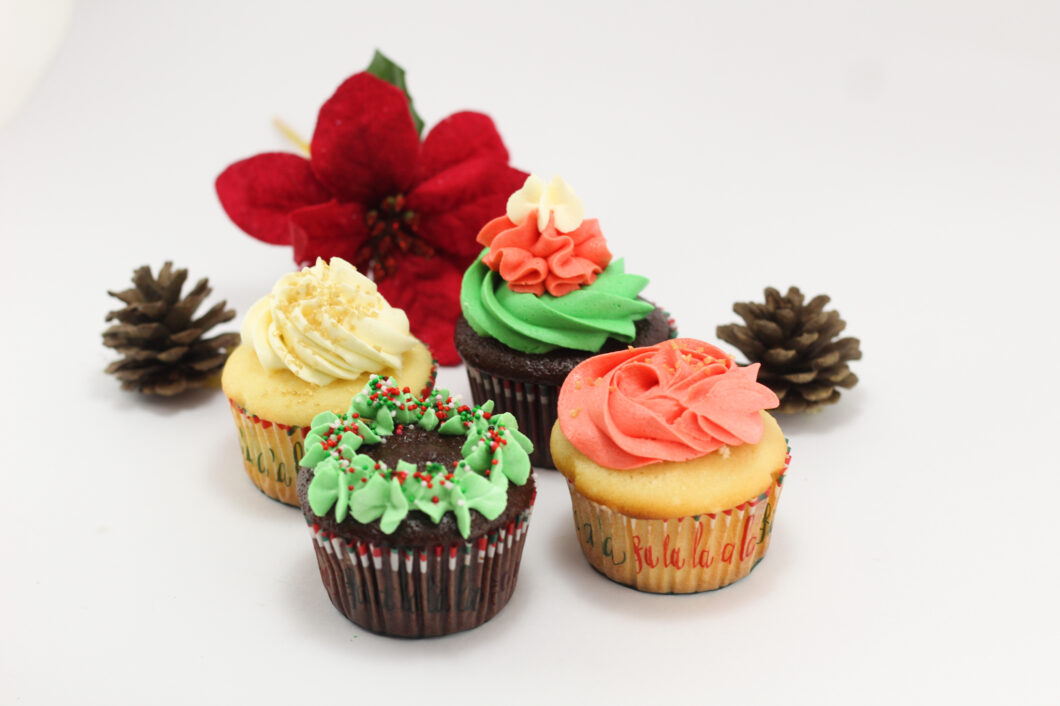 After last year’s Halloween Cupcake Project, and with no travel in sight to continue my Destination Cupcake series, I planned an epic Christmas cupcake project. Except when Grenada went back into lockdown last year for Christmas, I didn’t have the motivation to write about cupcakes.

I still made the cupcakes though.

Not wanting to let another year pass without cupcakes on the blog, I decided to have another go at capturing the flavours of Christmas in cupcake form. And so, I present to you the 2021 Christmas Cupcake Project featuring my cupcakes After 8, Sorrel Spice, Ginger Dream, and Grenadian Christmas.

One of my fondest Christmas flavour memories involves eating way too many After Eight chocolates on Christmas Day. Like Grenada chocolate & nutmeg, mint and chocolate were destined to be together. For this cupcake, I followed Chelsweet.com’s moist chocolate cupcake recipe and topped it off with a peppermint buttercream.

If there’s no sorrel, is it still Christmas Day? To honour this West Indian Christmas beverage staple, I made a spice cupcake and buttercream and filled the cupcake with a delicious sorrel jelly from Jammin’ Grenada.

I think the ginger is still asleep and dreaming, because it definitely has not shown up in this cupcake. Let me explain.

Ginger beer is another popular West Indian Christmas beverage, so I thought it made sense to use it as the inspiration/base for this cupcake. However, I couldn’t find any ginger beer cupcake recipes online. (Plenty gingerbread ones though) But then I found a recipe for a Moscow Mule cupcake. The Moscow Mule cocktail is made with ginger beer, so close enough right? But I couldn’t find ginger beer in the supermarket and I wasn’t in the mood to make my own. The recipe also listed a few other ingredients that, due to disruptions in the supply chain, were unavailable.

So I scrapped the Moscow Mule recipe and went ahead with go-to recipe, which is an adaptation of the Brown Eyed Baker’s margarita cupcake recipe. Instead of tequila and lime juice, I planned to use infused ginger water and ginger powder.

In my head, steeping pieces of ginger in hot water made sense. And when I had tried it a few weeks before, the result was nice, dark and strong ginger water. But when the time came for me to make these cupcakes, my ginger infusion flopped. My first mistake was using the ginger that I found in the freezer. My second mistake was not using enough ginger and my third was keeping the all ginger pieces whole and not grating some of them. 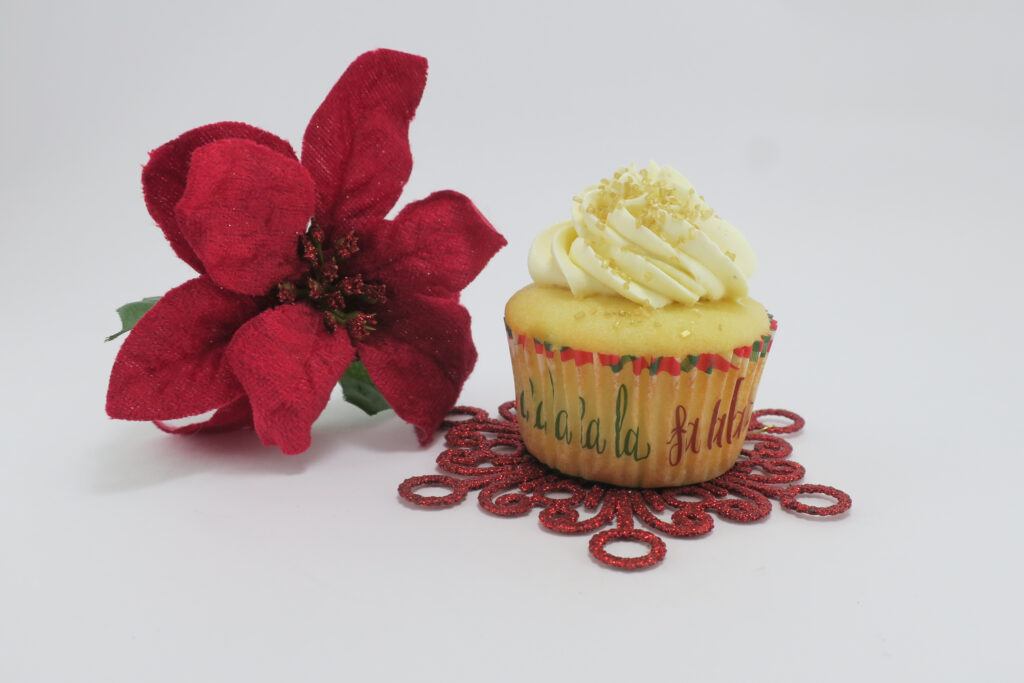 When I tasted my batter, I did get a taste of ginger. But by the time the cupcakes came out of the oven, that ginger had already gone to dreamland. So much so that my Dad told me the lemon cake tastes great. 😐

Last year when I attempted the red buttercream, I made the buttercream the day before and left it in the fridge to oxidize. I thought it would develop like the black buttercream, but that’s not what happened.

This year, though, I thought I was finally going to get the red of my dreams. I saw an Instagram tutorial for a technique that involves blooming the pigment of the gel colour by adding heat. I melted a little buttercream in the microwave and then added the red gel colour.  It was bright red! Once it cooled a bit, I added the bright red buttercream to the rest of my buttercream.

I think my ratio of ‘bloomed’ buttercream to normal buttercream was off. I probably needed to do several small bits before combining all of them. Before I write off red buttercream completely, there’s one more trick/hack to try and it involves a dusting of black cocoa. We’ll see how that goes.


Well there you have it — the 2021 Christmas Cupcake Project. What cupcake project should I do next?

P.S: Shout out to Aaron aka the Handystandbrand man! Thank you for sharing your light box and assisting me with the photos!